I'm sure Dell doesn't recommend this but...

1) I created with Windows 7 a backup of my C: drive and created a system recovery disk, so I could go back to Win 7 if I wanted.

2) Installed the free Windows 10 upgrade choosing to "Install on This PC" over the existing operating system.

3) The install came up OK with the PC working, but not without a nasty surprise with my HP Printer driver for a LaserJet MFP175nw printer, which not only was not working, but also was not corrupted in my Windows control panel. If I tried to run any HP printer app, or delete the driver in Control Panel, etc. a Windows 10 error screen appeared saying the Administrator blocked uninstalling or running it because it wasn't safe (no signature). Of course, I was logged in as the Window Admin so there's was no way to uninstall the old Windows 7 printer drivers. HP Support confirmed they would have no solution except to recommend I do clean install of Windows 10.

FYI, when you upgrade Win 10 over Win 7, you within the next 30 days have an option to revert back to Windows 7 -- it saves a recovery version on your C: drive in a Windows Old folder, but after 30 days will auto delete that altogether.

But rather than go back to Win 7, I decided to do the clean install of Windows 10 to fix my HP software bug.

Before you try a clean install, make sure you did register your Windows 10 by logging into a Microsoft Account with your email and password, so your account in the cloud knows you are a valid user.

4) After you install Windows 10 once over your Windows 7, Microsoft will allow you to do a clean install, even though you do not have a Product Key id for Windows 10. You do that by using their Media Creation Tool and choosing to Install On Another PC which lets you copy the OS onto a USB drive or DVD. Then you boot from the USB and DVD to install. You are presented with a listing of your hard drives and partitions on them and choose which partition to install Windows 10 into.

5) This installation asks you to supply a product key. Using your Windows 7 product key that on the sticker is inside your battery area will not validate Windows 10. But since you previously installed Windows 10 over Windows 7, and registered with Microsoft in your account and checked that your Win 10 status in Control Panel as "Activated", you can click SKIP and leave product key blank. You are prompted a second time to enter you product key later on, also skipped that.

6) The PC came up running OK, but Windows was not validated as Activated until I signed into Microsoft with my email and password, after which my status changed to Activated on the PC.

7) Checking Windows Device Manager, I noticed that most devices were installed with Microsoft's own drivers, not with any Dell drivers since I had wiped them out with a clean install.

The good news was Microsoft installed by itself the correct drivers for my two video displays, an Intel HD Graphics 3000 and an nVidia Quadro 3000M and they work fine.

But in Windows Device Manager I found 4 errors…

So, my process was to create a System Restore Point manually before I tried to resolve each error by installing some driver. If my attempt failed, I rolled back to the previous restore point so my Windows registry was clean.

Here are the errors I had:

Due to missing FreeFall Sensor Driver

Due to O2Micro card reader

Dell drivers will not install without error. Do not try to install them. Could not find any driver from the manufacturer either. The good news is the card reader is working OK using Microsoft's own generic driver.

This is the fingerprint reader needing a driver. Since I don't use it I didn't try to resolve this one.

Other than that, the M6600 is working fine. Online

On the plus side, the PC boots faster and most programs (like Adobe CC) load faster.

I have no Windows 10 driver for my 3-year old HP LaserJet, perhaps one will come available later.

I have not attempted to override any Microsoft drivers Win 10 installed with those on the Dell site, but might try that (after creating a restore point so I can recover) using Win 8 versions (not Win 7 since I understand there is more similarity between 8 drivers and 10.)

But since my M6600 is working as well as before, I may leave things as is. I don't think I'll need to revert back to my emergency system restore to go back to Win 7.

Since I ended up doing a clean install, I did need to reinstall all programs that were on my C: drive.

Will report more bugs if I encounter them. 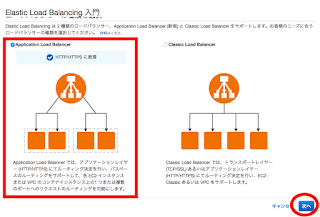